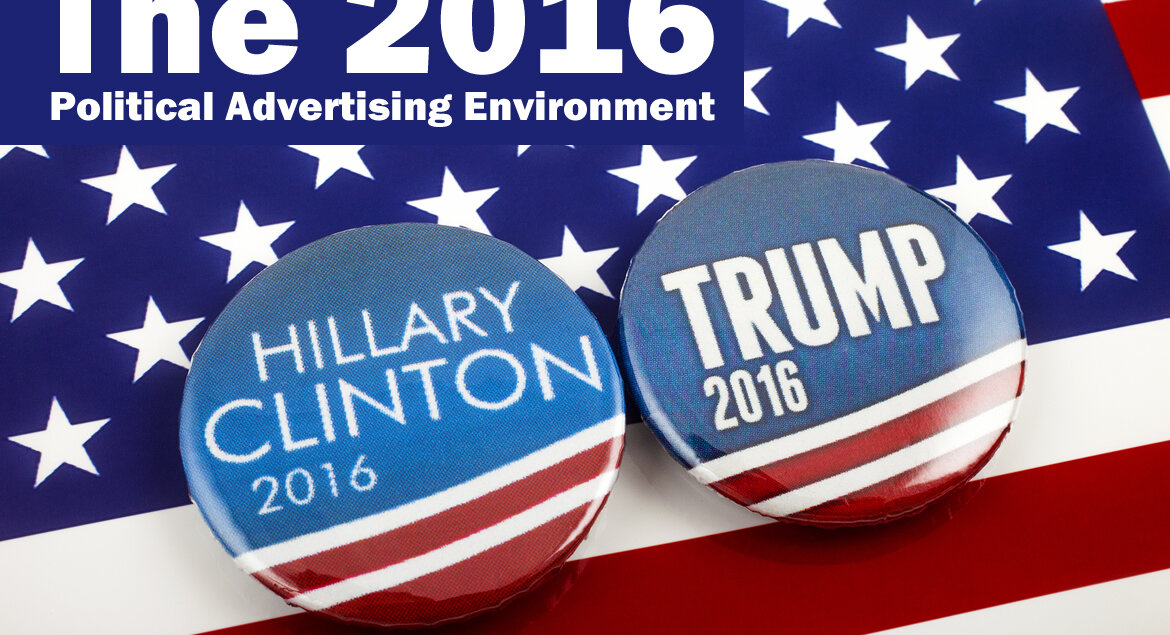 The 2016 Political Season is well upon us. InterMedia Advertising® has researched past TV commercial activity figures from 2012, 2014 and early 2016 to offer comparative suggestions for how your brand or company can strategically plan for your TV advertising spend during this political season. We have also identified potential battleground states for the upcoming elections for President, Senate, House of Representatives and Gubernatorial races. Specific states will be more affected than others for competitive political candidate campaigns and state initiatives or referendums. We remind all our clients to remain flexible to account for these fluctuations in spending and inventory availability and offer the following points to consider: