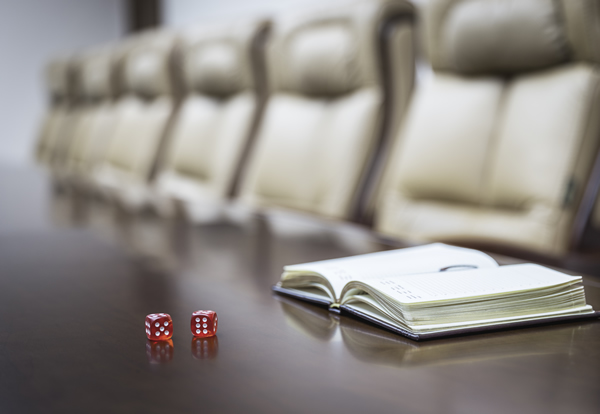 By Robert Yallen and Hunington Sachs

At InterMedia Entertainment®, we’ve long understood that the right celebrity spokesperson relationship can be a marketing game-changer for an unknown brand in the direct response space. Multiple deals that we’ve worked in recent years, including Joan Lunden for A Place for Mom, William Devane for Rosland Capital, and Joe Theismann for SuperBeta Prostate all spearheaded campaigns that catapulted their brands from relative obscurity to the top of their DR categories.

We’ve seen that a strong celebrity spokesperson affiliation can quickly deliver a 15% to 30% increase in leads and sales. However, while potentially lucrative, celebrity campaigns also come with substantial risk and investment.  If a deal is structured poorly, an advertiser may have to risk as much as $1 million dollars to find out, once the costs of production, media outlays, and the celebrity relationship itself are factored into the equation.

In addition to the variable costs, it is inherently risky to tie your brand to a star in a guaranteed long-term deal.  Short of committing to a full scale roll-out, what are some of the precautions that an advertiser can do to minimize this risk?

Try Before You Buy

Before spending a single penny on a star or television commercial, a sophisticated celebrity procurement agency will utilize appropriate survey and research tools to determine whether a prospective star truly resonates with an advertiser’s prospect base.  Unlike other celebrity quantification options and/or research products, at InterMedia Entertainment®, we’ve developed the DR Star Index®, a proprietary consumer-centric evaluation tool that was designed to measure a celebrity’s vital sales-related attributes in the direct response arena.

The Star Index regularly surveys a representative cross-section of the American public to determine the consumer perception levels at which individual celebrities score in six key direct-response-oriented categories: Awareness, Recognition, Relevance, Credibility, Attractiveness and Likeability. The resulting data is then analyzed – demographically and geographically – to develop a clear understanding of each celebrity’s perceived strengths and weaknesses, and then ranked within key consumer segments.

Additionally, if we are provided access to an advertiser’s customer and prospect data, we are able to integrate these findings into the Index to identify additional stars that resonate with its target market.  These processes enable us to evaluate and rank prospective spokespeople before a client commits to a deal, thereby reducing the risk factors to manageable levels.

Once we’ve identified the most promising celebrity prospects, we often run a customized DR Star Index survey that is specific to the brand. This step often incorporates recent social media data, which further establish the potential effectiveness of the top candidates, or conversely, can uncover subtler, negative attributes that might disqualify a celebrity from consideration.

As a final step, in-person focus group testing can be utilized to further qualify a celebrity’s spokesperson’s potential, while also providing insight into targeted creative development strategies. However, care must be taken to ensure that the findings of these sessions are not flawed by the “Group Think” dynamic, and/or prejudiced by the participants’ subconscious desire to please focus group leaders.

With a star’s credentials established, now it’s time to try the celeb on for size and fit.  But to determine this, an advertiser need not commit to a full-scale campaign roll-out.  Short-term test deals are highly-advisable, and customarily are reasonably negotiable.

By shifting significant risk from the advertiser to the spokesperson, these types of short-range deals position an advertiser to accurately test and assess a spokesperson’s viability in true marketplace conditions. Ideally, these agreements are structured to substantially mitigate an advertiser’s risk, with a commitment of 20% to 30% of the negotiated roll-out fee, often with no back-end royalty commitment during the test period.

Accordingly, the test should be limited to the campaign’s anticipated primary medium (usually television, with associated digital components). Typically, the timeframe needed to generate sufficient results for a reliable test period ranges between 60-120 days.

In a well-negotiated agreement, at the end of this test period the advertiser would have sole discretion to decide if the test campaign results were both promising and projectable on a roll-out basis, and therefore, whether or not to exercise the longer option period with the star.

To mitigate the leverage a celebrity endorser might hold as the result of a successful test, option periods and compensation advances should always be negotiated in advance and become part of the spokesperson’s contract.

State laws may also come into play.  For example, the California Labor code contains a Seven-Year Statute, which restricts most personal service contracts to that maximum timeframe.

To further control an advertiser’s exposure, if a spokesperson’s agreement has an overall length of five years or more, the terms should be divided into shorter time periods (such as one-year segments), which allow the advertiser to decide whether or not to exercise these options to pay pre-negotiated amounts.

This way, if adequate leads or sales are not generated during any particular term, the advertiser can decide not to exercise the next option period.  Or, based on actual campaign results, it could re-negotiate an exercise price that more-accurately reflects the ROI generated by the relationship, thereby providing the advertiser with the opportunity to fairly correlate the risk-reward dynamic moving forward.

Most celebrity spokesperson relationships require a guaranteed advance for each term; an amount that the advertiser must pay the celebrity to capture his or her endorsement services for the period.  A smart deal maker will limit the size of these advances by tying at least a portion of the celebrity’s compensation to actual campaign performance from media using the star’s name and likeness.

These “royalties” are back-end payments tracked to actual leads or sales directly generated by the relationship, thus tying compensation to actual performance, which may be otherwise difficult to predict.  In addition, a well-negotiated agreement will make any advances recoupable against these royalties, further reducing the amounts at stake.

An advertiser will also want to negotiate a full buyout of all the celebrity’s rights that would otherwise occur under a Union television agreement.  The economics of direct response advertising traditionally make it unfeasible to pay standard residual and use fees to a celebrity over the course of an extended television campaign.

A well-negotiated agreement will supplant such potential fees with a pre-fixed buy-out that is fair to both parties.  This is especially important if the campaign is successful, as the spokesperson’s commercial may run in higher rotation than originally anticipated.  Under these terms, the celebrity is satisfied because he or she receives a guaranteed payment to cover a fixed period of engagement, while also retaining significant financial upside through increased royalties, if the commercials are widely utilized.  The advertiser is also pleased, because associated costs are capped for ordinary circumstances, but is only required to pay out additional funds that are tied to extraordinary performance.

Have a Plan B

Even with a well-structured, successful celebrity relationship, market factors can change, which in turn can reduce the overall effectiveness of the partnership.  Moreover, conditions may cause an advertiser to decide to add a new product or service that is targeted to a different customer segment, or even to shift its market emphasis entirely.  These shifting circumstances require an agreement that provides the advertiser with the flexibility to halt using a celebrity, or to concurrently employ the services of another spokesperson.

Traditionally, when new spokesperson creative is first evaluated, it is tested against an existing creative execution (known as a Control spot) with an established history of success.  Further, having alternate, non-spokesperson-related creative materials available during all phases of a campaign can also be an important hedge against unforeseen changes in the marketplace.  For many reasons, it’s crucial that a marketer not rely solely on advertising that features the celebrity spokesperson.  An advertiser needs to run non-celebrity messaging available to weigh the relative effectiveness of the spokesperson’s campaign, for both product-related and negotiation objectives.

With alternate creative available, an advertiser reaching the end of its celebrity spokesperson term has the option of discontinuing or renegotiating the relationship to reflect actual sales conditions.  By not planning ahead, many advertisers end up painting themselves into a time-leveraged corner by not having produced materials on hand at this critical juncture, and since they’re caught with no viable alternative, end up overpaying their celebrity spokesperson.

Lastly, tragedy does happen.  Because of the economics of direct response, many of the celebrities who are willing to say yes to a DR deal are in their twilight years.  The recent death of AAG spokesperson Fred Thompson is just one of these cautionary tales.

All of these circumstances necessitate crafting a spokesperson agreement that foresees these possibilities and is comprehensively responsive to these unknowns.

Many advertisers attempt to find and negotiate celebrity spokesperson relationships on their own, and often fall into one or more of the traps identified above.  If you are considering a celebrity spokesperson relationship, it’s crucial that you employ an agency which can leverage its professional relationships (with agents, managers and legal counsel) and experience to determine the strongest celebrity for your brand, plus structure a deal that makes economic sense while also anticipating the risks and, consequently, reduces your exposure.